Carrie White is a misfit. At school, she’s an outcast who’s bullied by the popular crowd, and virtually invisible to everyone else. At home, she’s at the mercy of her loving but cruelly over-protective mother. But Carrie’s just discovered she’s got a special power, and if pushed too far, she’s not afraid to use it…Based on Stephen King’s bestselling horror novel and the film based on it, CARRIE THE MUSICAL, set in the small town of Chamberlain, Maine, is a modern day, fully re-imagined vision of this gripping tale. 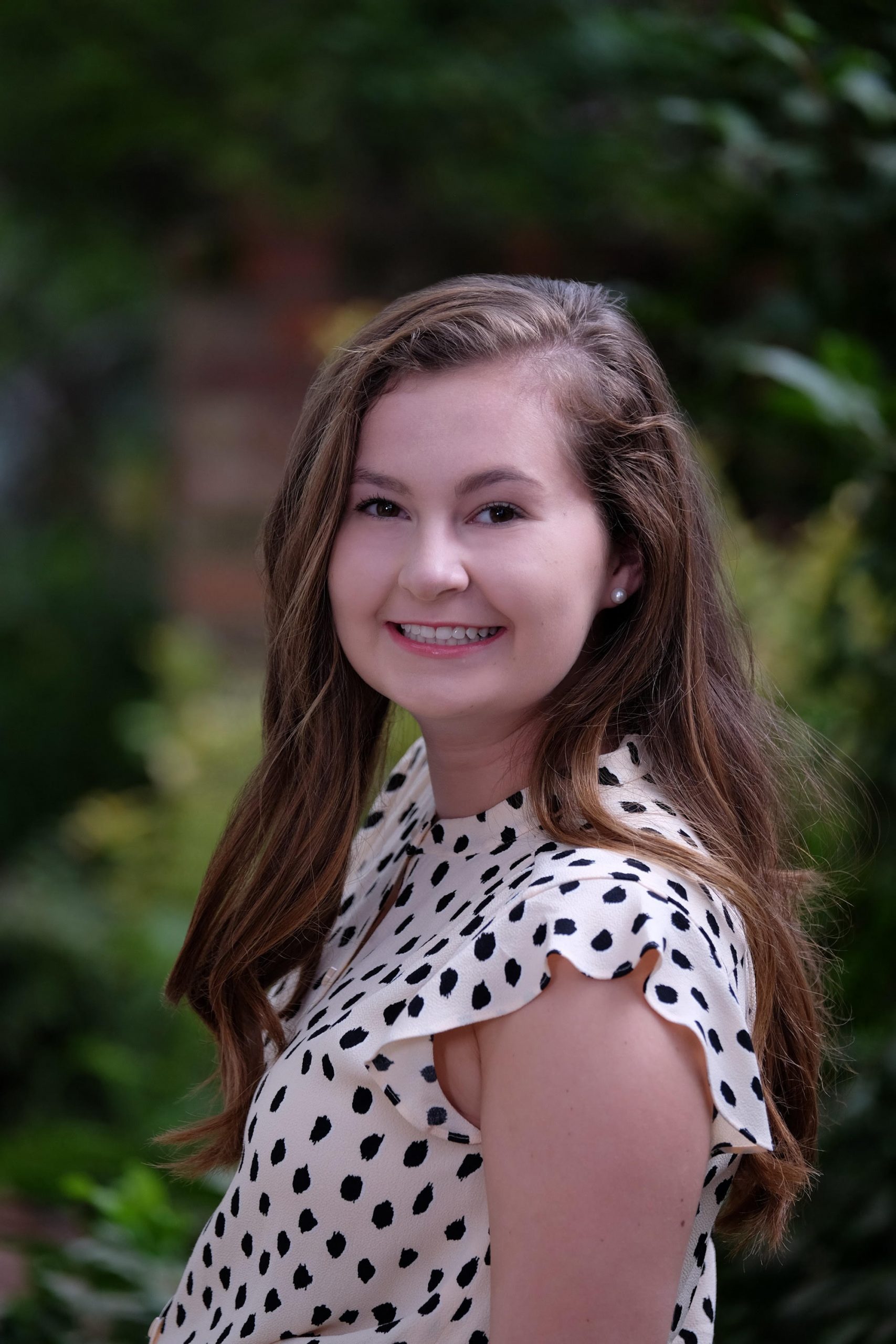 LACHLE BONIOL (Carrie White) | Stage Center: Disney’s The Little Mermaid and A Christmas Story The Musical; For Stage Center’s School of Performing Arts: Disney’s Frozen (Anna); School of Rock, Disney’s Aladdin, Shrek The Musical, Roald Dahl’s James and the Giant Peach (Sponge). Lachle is a junior at Caddo Magnet High School and is thrilled to be a part of this production. After finding her love of performing in the third grade, she has taken every opportunity to perform that she has been given. She was most recently seen as Velma Von Tussle in Hairspray at CMHS. Lachle has put in countless hours of hard work through productions and Stage Center’s School of Performing Arts Performance Troupe to get to where she is in her acting career. She would like to extend her gratitude to Mr. Seth and Mr. Jared for believing her and giving her these incredible opportunities. She would also like to thank her family for giving her unconditional love and allowing her to follow her dreams. 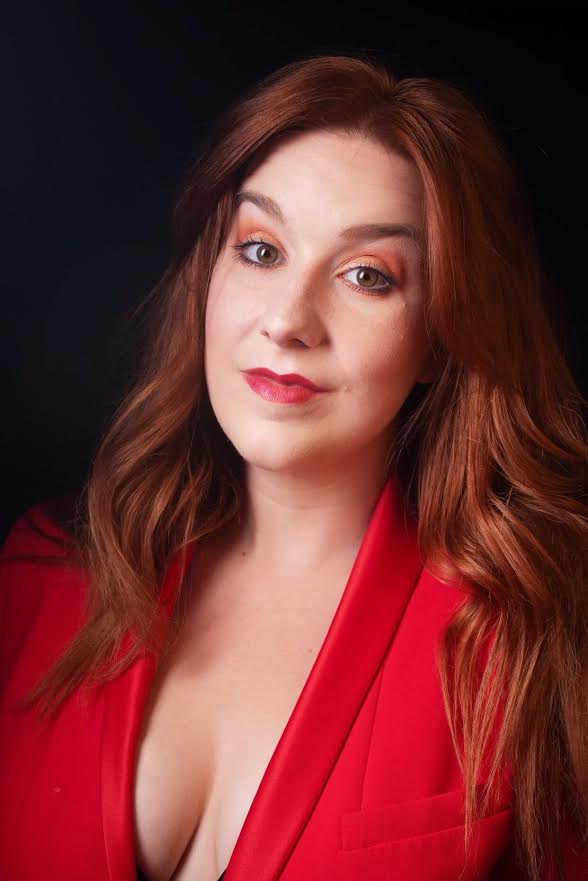 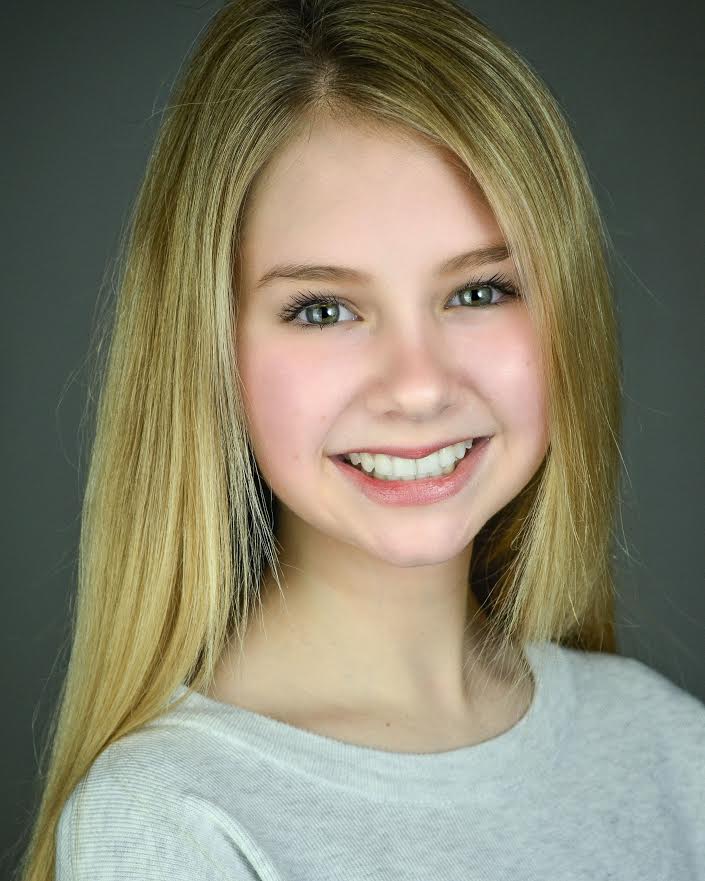 EMMA CATE DAILEY (Sue Snell) | For Stage Center: Disney’s The Little Mermaid and My Son Pinocchio; For Stage Center’s School of Performing Arts: Disney’s Frozen (Anna); Avenue Q, Disney’s Aladdin, Chicago, Godspell, and Disney’s Alice in Wonderland. She was Marie in Disney’s The Aristocats, the second Stage Center SOPA show back in season one, and she was one of the “original” members of our performance troupe when it debuted in 2013, traveling many times to the Junior Theater Festival in Atlanta, GA. Emma Cate discovered her love of the stage in the first grade when she was cast as Lucy in The Lion, the Witch and the Wardrobe. Other notable roles include To Kill a Mockingbird (Scout); The Wizard of Oz (Dorothy); Beauty and the Beast (Belle). Emma Cate would like to thank Jared and Seth for this amazing opportunity and many thanks to Mary Kate for the countless hours of preparation. Thank you to Anne and Steve for their love and support. 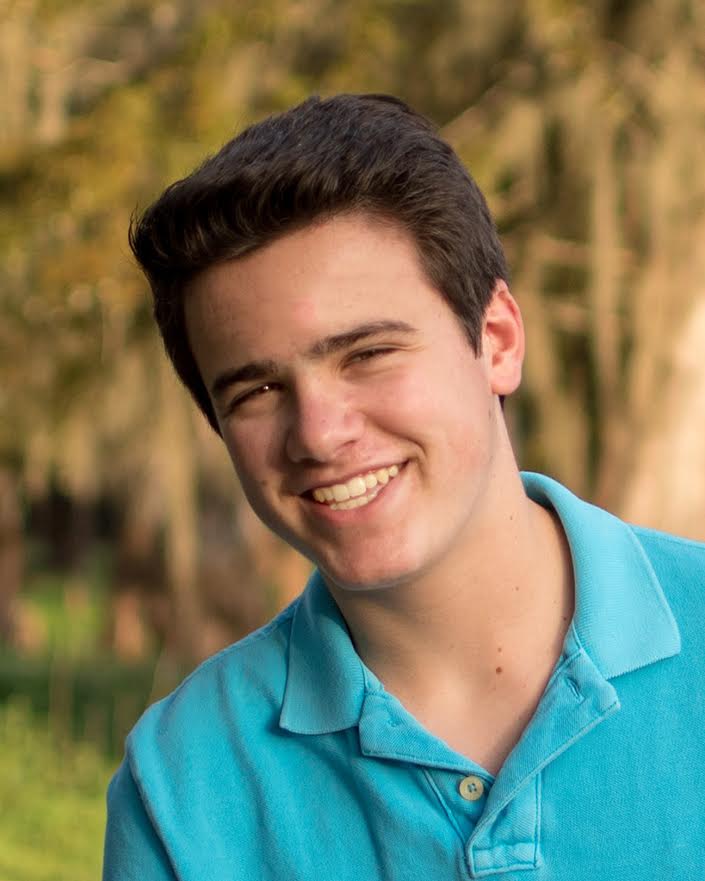 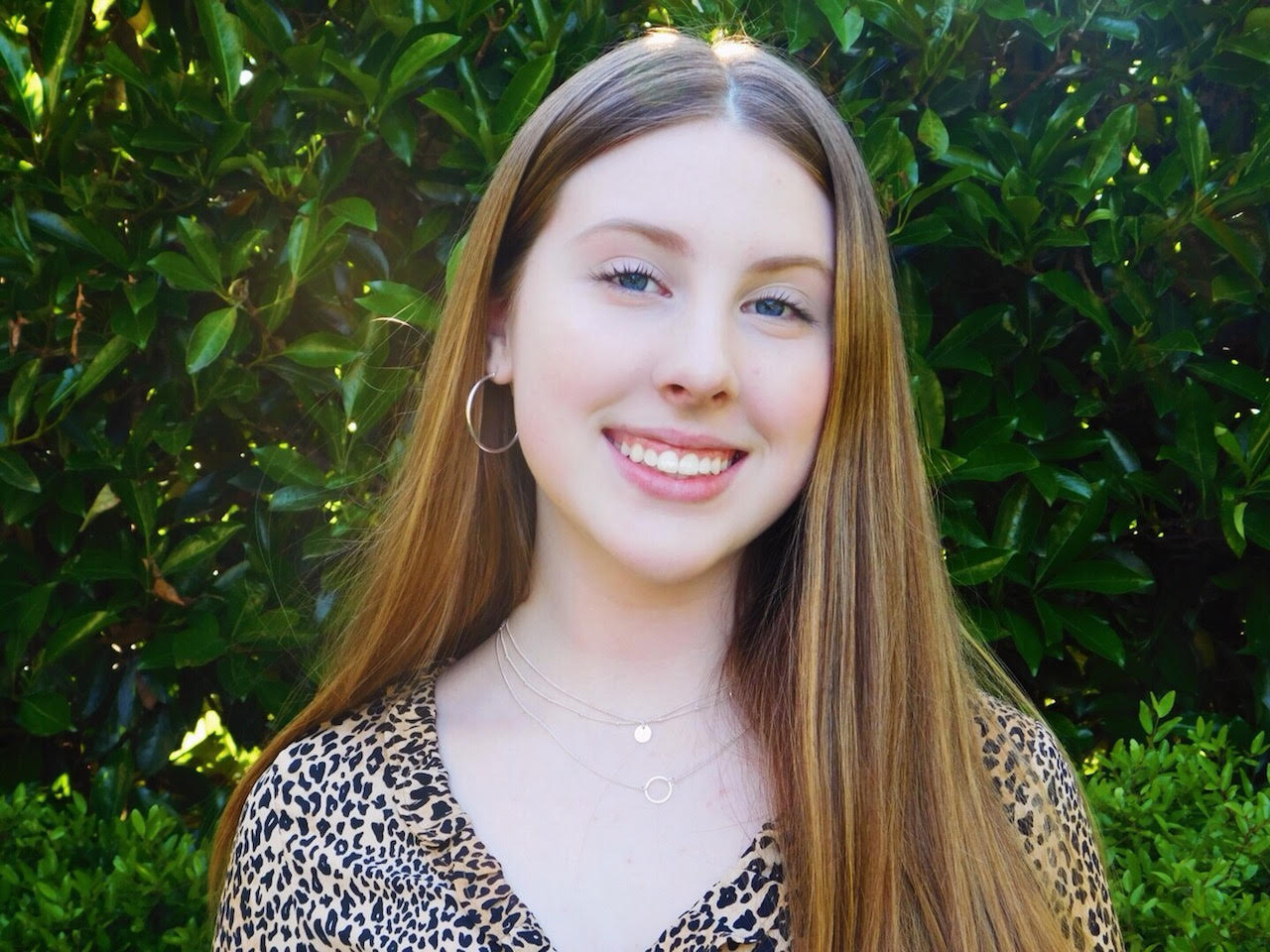 MADELINE MULLINS (Chris Hargensen) | For Stage Center: Disney’s Newsies. For Stage Center’s School of Performing Arts: Avenue Q (Kate Monster); Disney’s Frozen (Bulda); School of Rock (Patty); Chicago; A Chorus Line (Connie McKenzie), among others. Madeline began her love of theater and the Stage Center family in 2012 at the age of 7 in their inaugural SOPA production of Disney’s Winnie the Pooh. She is now 14 and a freshman at Caddo Magnet High School. She would like to thank Seth Taylor, Katie Lerchie, and Jared Watson for working with her on voice, dance, and acting. Madeline will be attending the Junior Theater Festival in Atlanta in January 2020 for the 5th time. She hopes you enjoy her performance of Chris in Carrie. 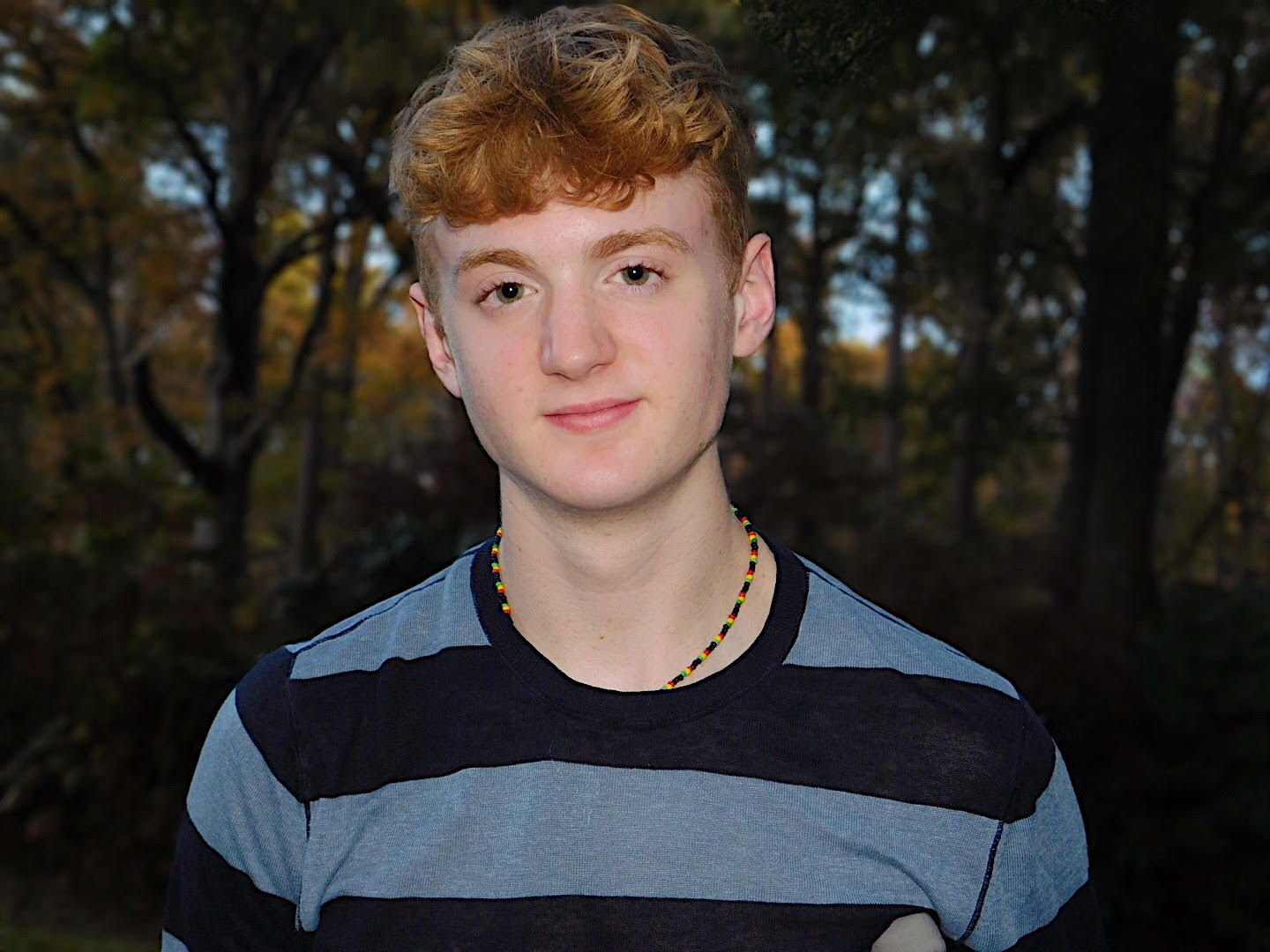 CAMERON CASON (Billy Nolan) | For Stage Center: Disney’s Newsies (Albert); The Best Little Whorehouse in Texas; The Hunchback of Notre Dame; Godspell; Curtains; Joseph and the Amazing Technicolor Dreamcoat (Zebulan); Green Day’s American Idiot; Disney’s The Little Mermaid (Scuttle); A Christmas Story the Musical (Ralphie in 2014); Jesus Christ Superstar; Bonnie and Clyde (Young Clyde); Ragtime; Disney’s Tarzan; For Stage Center’s School of Performing Arts: Disney’s Aladdin (Kassim); Chicago; A Chorus Line (Mike); SHREK the Musical (Captain); Roald Dahl’s James and the Giant Peach (Ladahlord); Into the Woods (Wolf); Disney’s The Lion King (Timon), among many others, having been with Stage Center since before it’s inception. He is a senior at Caddo Magnet High School, where he is captain of the wrestling and gymnastics teams. 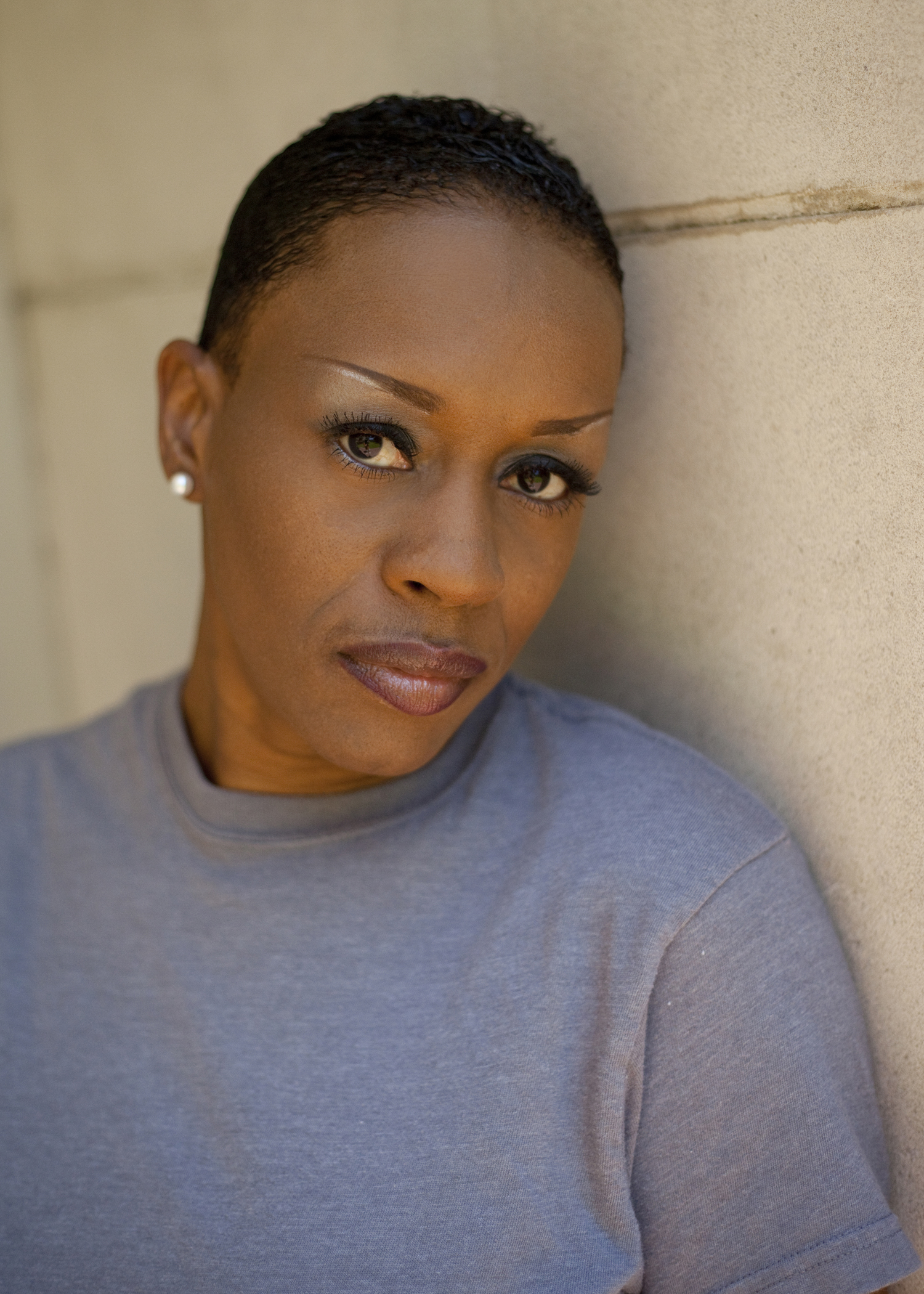 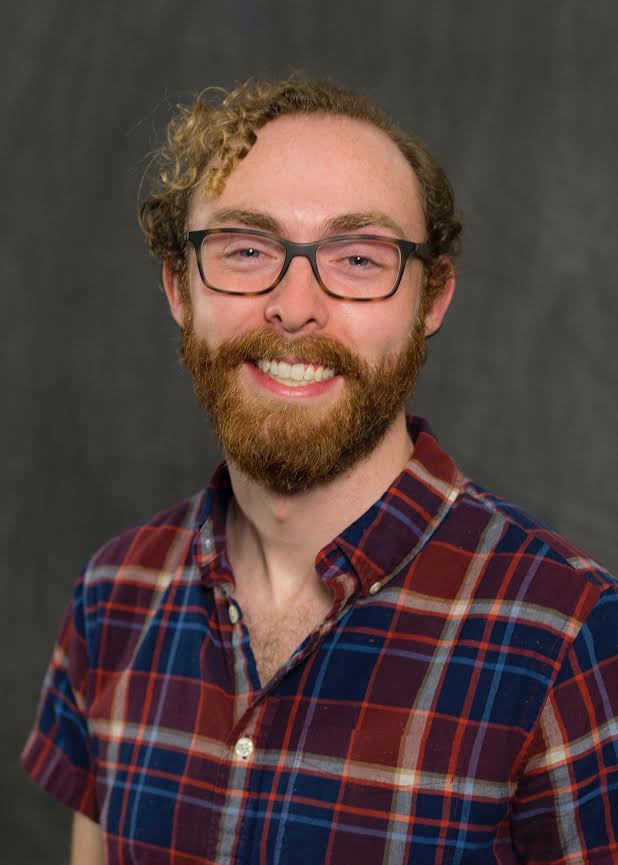 BENJAMIN WILLIAMSON (Mr. Stephens/Rev. Bliss) | For Stage Center: A Few Good Men, Curtains, Peter and the Starcatcher, Hitchcock’s The 39 Steps; Benjamin Williamson is a Shreveport native and a graduate of Texas A&M University. He has been active in local theatre since 2016 and was most recently seen as the Baker in Emmett Hook’s production of Into the Woods. Additional credits outside of Stage Center shows include Cogsworth in Beauty and the Beast (EHC); Mordcha in Fiddler on the Roof (Shreveport Opera) and Diesel in West Side Story (Shreveport Opera). Carrie: The Musical marks a milestone for Benjamin’s acting career, as it is his tenth stage production, and his fifth with Stage Center. He would like to thank his family for all of their support, especially his loving wife, Casey! Benjamin is thrilled to be back with Stage Center’s talented team, and he can be followed on Instagram and Twitter @benkenwill.

“Welcome to the prom, Carrie. They’re not going to laugh at you now! This infamous rock musical about a telekinetic teen has the strange power to move you. The new and improved Carrie is gripping.” —Time Out New York

“The show has guts. Carrie’s score does what a musical score should do: it moves the show along, illuminates the characters and deepens the emotions… Carrie has real weight and emotional conviction.” -Time

Auditions were held on October 26.
Click to see the Carrie Overview Schedule

Carrie White
LACHLE BONIOL
A painfully shy outsider who, in spite of her best efforts to belong, has been the victim of her classmates’ cruel jokes since childhood, as well as her mother’s strict, biblically-ordained control at home. She transforms from ugly duckling into graceful –and then vengeful –swan. Vocally, she must be capable of lyrical sweetness as well as fierce power.

Margaret White
MISSY WISE
A woman of visceral extremes, she balances her fervent religious convictions with equally sincere true-believer spirituality and tender, maternal love for Carrie. Like Carrie, with whom she shares several duets, her voice must range from expressive and melodic to ferocious and frightening.

Sue Snell
EMMA CATE DAILEY
A straight-A student who’s been popular her entire life, she’s remarkably level headed for her age. Her unthinking participation in a cruel act of bullying causes a crisis of conscience that leads her on a journey to try to right things. Vocally, she has a pop ballad voice that delivers sweet sincerity and strength.

Chris Hargensen
MADELINE MULLINS
Rich, spoiled-rotten, and wickedly funny, Chris is a popular beauty whose arrogant self-assurance makes her believe that the rules don’t apply to her. Loaded with sexual dynamite, she has serious daddy and anger-management issues. Her voice is pop-rock percussive and powerful.

Miss Gardner
BARBARA HOLMES
This girls’ P.E. teacher can be a strict disciplinarian if necessary, but when Carrie arouses her maternal instinct, she surprises herself by also revealing a protective “fairy godmother” side. Her voice is warm and strong, just like the woman.

Tommy Ross
CADE OSTERMEYER
Popular star athlete, valedictorian, and all around stand-out, he’s the boy that all the girls want to be with, and all the boys want to be. Yet he also has unexpected, quirky sensitivity and is just starting to mine his personal life and feelings –a budding poet. His voice has an effortless pop quality.

Billy Nolan
CAMERON CASON
Now in his sixth year in high school, Billy’s a sexy, stupid-like-a-fox bad boy whose wise mouth troublemaking has led him to spend more time in detention than in class. All these qualities make it easy for his girlfriend Chris to manipulate him to do her bidding. His voice is that of a wailing rocker.

Mr. Stephens/Reverend Matthew Bliss
BENJAMIN WILLIAMSON
This well-intentioned English teacher and guidance counselor struggles to help his students realize their potential. A dedicated educator, he’s stretched thin in his duties, woefully underpaid, and a bit overwhelmed as to how to handle the Billy Nolans of the classroom combat zone.

Helen
RILEY KEENE
Giggly and easily shocked, her immaturity and need to belong make her the perfect example of the herd mentality.

George
PATRICK HAYNES
Tommy’s jock wingman since childhood, George idolizes him. Perhaps a little too much…

Stokes
CHRISTIAN PERKINS
A bit of a nerd, he’s happy to be included as one of Tommy’s posse.

Freddy
FORDHAM HAMMOND
The wise-cracking class clown and official yearbook photographer, he can’t believe any girl would ever give him the time of day.